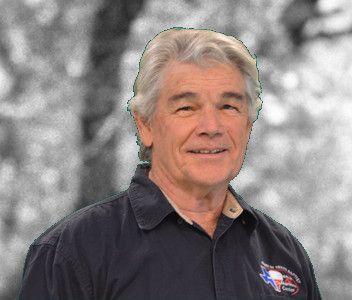 Tom Dunn is the Facilities Director at Heart of Texas Camp & Retreat. He oversees all of the daily facility operations at camp including plumbing, electrical, grounds maintenance, operations of waste water treatment plant, and other daily operational duties. Tom holds his class C license in WW operations issued by the TCEQ.

Tom just celebrated his 15th year anniversary of serving on our camp staff. He has a passion for serving others in Jesus’ name and searches for ways to do so. He was raised in California but made his way to Texas as soon as he could while serving in the Air Force. He met his wife, Mary on a blind date while at Dyess AFB in Abilene in 1969. They have been married for 49 years, have 2 children who are married and 4 grandchildren.

Tom is an artist and uses his skills in many different areas including sculpting, painting, rock carving, and his most recent interest, laser engraving.